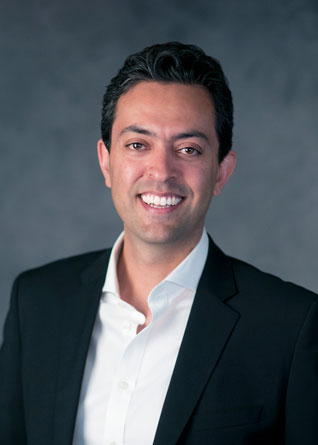 It is Dr. Shervin Abbaszadeh's practice philosophy to help create a healthy and beautiful smile in a professional and friendly atmosphere.

During his specialty training, Dr. Abbaszadeh was selected out of all North American orthodontic residents by the preeminent international orthodontic journal to have one of his finished patient cases published in the American Journal of Orthodontics and Dentofacial Orthopedics. He is a current Fellow and is an Examiner of the Royal College of Dentists of Canada. He has also previously held the designation of Diplomate of the American Board of Orthodontics.

In addition to being in full time practice, he is a Staff Orthodontist at the Holland Bloorview Kids Rehabilitation Hospital in the Craniofacial Cleft Lip and Palate program, a very fulfilling and challenging position of treating patients with various disabilities. As well, he is a clinical instructor at the University of Toronto, and lectures on a part-time basis. On numerous occasions, he has been asked to lecture at meetings for general dentists and other specialists, most recently in Barbados to the dental association there.

Dr. Abbaszadeh is also an admission interviewer for the University of Toronto Dental School.

Dr. Abbaszadeh is married to his high school sweetheart, Sally. They have been married for more than 19 years and have a seventeen-year-old daughter, Ariana and a fourteen-year-old son, Keon. In high school and university, Dr. Abbaszadeh enjoyed many sports and was part of the softball and downhill ski teams. He also served as a lifeguard and swim instructor for many years at various North York swimming pools.

Away from the office, Dr. Abbaszadeh enjoys skiing. His other passions include photography, music, and traveling. Of course, above all, Dr. Abbaszadeh very much enjoys spending time with his family.